The description of 'science-based' and 'hard-science', as it is now, allows interpretations outside mutual exclusivity

Personal view on the problem: mutual exclusivity is is not strongly enough suggested by the language use by the description of science-based and hard-science. I'm suggesting replacing the "contrast with" with a wording explicitly asking for "mutual exclusivity".

science-based For questions that require answers based on hard science, not magic or pseudo-science, but do not require scientific citations. Contrast with the hard-science and reality-check tags.

My natural expectations, I can put pink and crimson in contrast and perceive they are different - depending on the context, they can be even strongly contrasting. But I can mix them and the result is still a tint of red. Thus, to me the "contrast" wording does not suggest the "don't mix them, they are mutually exclusive".
Which illustrates the core of the problem: the reliance on on a wording that may be expected to vary from "perceiver" to "perciever" and from context to context.

There are other examples of tag definition, which are better (more explicit) in this regards. For example

magic - For questions that have to do with magic, as opposed to science/technology.

Now, this one is more clear in saying "don't mix magic with any science or technology related tags" and I argue that the use of "opposition" (rather than "contrasting") will make the intended use of science-based and hard-science clearly mutually exclusive.
I can imagine a single wording that is even more unambiguous, and this is straightly saying "science-based is mutual exclusive with hard-science" and vice-versa in their respective descriptions.

Yes, I'll grant the point that my "natural interpretation" on the semantics of "opposed" may be askew with the majority of native English speakers, among whom I'm not. And in the same situation are lots of other WB/SE users.
I don't think it would be fair to ask them to "learn first proper English" when a cheap solution to prevent the misunderstanding exists.

The problem is compounded with the expectation one develops by being exposed to the tags - most of the delimit a class of topics (biology, warfare, evolution), with "you can mix them" being mostly the rule rather than the exception.

Now, I understand there is a need to have exceptions to the rule, but it's only fair to:

All in all, I think that things like this can improve the user experience. As it stands now, the "friction" between the 'user expectations' and 'WB site needs' is high enough to create non-trivial chances for a question to be rejected and the user getting into the idea of "rules that come to bite you just because you didn't take the effort to discover - in an amorphous corpus of law and who know how big - what rules are relevant in a certain situation".

I don't know about others, but were those situations to happen to me enough times, I will prefer to avoid WB rather than take the unknown maybe huge effort to discover "what is to be a good citizen who is not gonna be punished".

Here, they are contrasting. Not the most striking contrast, by still a strong contrast within the context. And yet they are a shade of red. 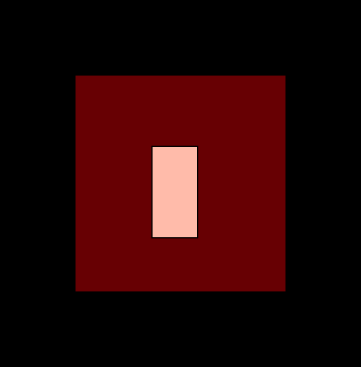 For reference and, alone, not bearing strong significance to my proposal - all started from the discussion in the comments in here.

I think as written it's pretty clear that the tags are mutually exclusive.

From the hard-science tag

From the science-based tag

For questions that require answers based on hard science, not magic or pseudo-science, but do not require scientific citations. Contrast with the hard-science and reality-check tags.

If you contrast these two descriptions you'll note how the primary difference between the tags is whether citations are required or not required. While we don't currently explicitly say "these tags are mutually exclusive" it should be clear from their descriptions that if you have both tags on a post you're both requiring and not requiring citations.

A note on the usage of "contrast with"

In these tags we say "contrast with". What we mean by this is "you should compare with and note the differences". This is a pretty standard usage of the word.

This is done so that people can see the two tags, consider how they differ and select the one (since if used together they are contradictory) that suits them best.

First of all, it is critical to understand the purpose of tags. They do NOT scope the question. They scope the answers. Yes, I get the fact that people will commonly use them from the perspective of "This is a question about biology," but that doesn't change the fact that the point of the tag is to indicate that the OP wants the answers to reflect biology vs. technology.

Correct tag use is important and expected. Questions do get closed due to inappropriate tag use. We actually expect people to read the tag wikis. From the hard-science wiki we read:

That's awfully clear. I frankly don't understand how to misinterpret "Do not use science-based on a question that has hard-science; it is redundant." However, whoever in the distant past added that last sentence wasn't thinking. In fact, I consider it pretty bad advice. Regardless of my opinion, though, it's unnecessary advice.

So I propose that the sentence be removed.

Next, changing one word in the science-based summary

Just to make a point, the science-based wiki states...

If you need scientific citations in answers, use the hard-science tag instead.

...and that's pretty clear to me. The word "instead" in English implies mutual exclusivity. If we need an actual statement that uses the phrase "mutually exclusive," I have no problem adding it (we've been using these tags this way for years... why is it suddenly unclear?)

The real problem appears to come from the summary. It's the word "hard."

For questions that require answers based on hard science, not magic or pseudo-science, but do not require scientific citations. Contrast with the hard-science and reality-check tags. Do not use this tag as the only tag on a question because it describes how the question should be answered, not the topic.

But the world does like to create differences. We have "hard science" and "pseudo science" and "junk science" and all kinds of "science." In reality. There's just "science." Anything not science in the Real World is pretension and in Worldbuilding is magic with the exception of speculative science (something "sciency" that's based on science but doesn't exist in science and can't actually be proven as science, which is what I thought the science-fiction tag should be used for, but it isn't, and that's a whomping huge hole in our methodology....).

But, to make a long story short, removing the word "hard" from the science-based summary solves that half of the problem.

So... Remove one useless sentence from the hard-science wiki and one unnecessary word from the science-based summary and this problem is solved, right?

2
Renaming the "magic" tag to "magic-based"
5
Should Science-Based henceforth actually be science based?
7
Does [hard-science] imply [science-based] imply [reality-check]?
10
Dealing with the science tag
9
Why did my/all answers get the hard-science tag warning banner on this question?
6
Should we be adding [science-based] to questions?
18
Can a [hard-science] question be a duplicate of a non-[hard-science] question?
7
Reality-Check and Hard-Science's descriptions; Shared or exclusive?
0
Should the Science-Based tag demand (similar to Hard-Science) that all world rules adhere to real-life science?