@elemtilas recently proposed in this comment that we, as a community, establish some guidelines for editing. Since I do quite a bit of editing, I have decided to accept his challenge and make a preliminary Ten Rules of Editing.

Additions and changes are welcome, but please try to keep in #5.e; rules are good, but only so long as someone can read through them.

1. You're trying to solve too many problems in one post

My experience is the more people have to read, the less they will. It's one of the reasons why we have a VTC reason that tells people to be focused. You're focusing on at least two problems: good editing and good post formatting. AlexP has a good point in that our behavior when it comes to editing should be minimalist — what is the least we can do to editing someone else's post to "fix" it? The reason for this is SE's admonition concerning post edits that we should edit "to clarify the meaning of the post (without changing that meaning." This expectation is met when we edit minimally.

To that end, #6 and #7 don't belong here. They're non-minimalist formatting.

2. Redundancy is not our friend

An argument could be made the #3, #4, and #9 are redundant as they're all saying the same thing in support of the previously linked admonition. Remember, the longer something is, the less likely someone will read it.

I suspect that since you created the post originally with "ten commandments" that you were unintentionally forced to have ten rules. Now that we've removed the religious overtones of the post, we can walk away from the need to have ten rules. There should be as many as needed, no more, no less.

3. Is an admonition to not inject objectionable content actually necessary?

Are there actually two or more instances in the site's history of someone editing objectionable content into someone else's post? I'd like to see that. Please remember a ditty from Dr. Seuss:

It has often been said
There's so much to be read,
you never can cram
all those words in your head.

So the writer who breeds
more words than he needs
is making a chore
for the reader who reads.

That's why my belief is
the briefer the brief is,
the greater the sigh
of the reader's relief is.

And that's why your books
have such power and strength.
You publish with shorth!
(Shorth is better than length.)

In short — unless the issue is common (a bit more than two instances), it shouldn't be in the list. We need to practice minimalism with our policies, too.

4. The TL;DR section is inappropriate.

5. An entry inviting the permission of the OP would be appropriate.

On the other hand, an entry that tells editors that if they feel a post needs more than minimalist editing, they should seek the permission of the OP first (and NOT proceed without it, no matter how much time passes), would be appropriate.

It helped when you explained where the #101 reference came from, but the reality is, a post expressing the site's policies about editing that concludes with an admonition to not edit the post is weird. I firmly believe this site's general attitude is to not edit anything at all. In other words, part of what you're doing is inviting people to edit more, not less, and to do it better. That makes #101 a double-standard. Further, is blooming rare that anything gets edited in Meta at all. When it comes to establishing the rules, we should avoid all distractions. So, with my most sincere condolences... I think #101 needs to go.

I agree with eight of the ten commandments, therefore I am branching this church and starting a reformist movement.

IMO this contradicts with:

Summarizing a long post on your own may lead to a summary which is not what the author had in mind. It may also lead to simplifications and loss of context. It is very like listening to a single Pink Floyd song without knowing the whole album around it.

If you mean literal URL's in text, I think each case is a case. If you mean shortened URL's through services like bitly, then instead of having just one link that may break over time, you now have two, because these services and their databases are not eternal.

I'm sorry, but this is a Vandal's Manifesto. I cannot possibly agree with it.

Posting a question or an answer on Stack Exchange does not imply a license to mutilate the author's text. And, moreover, in most countries of this world such a license is impossible anyway. An author is entitled to the integrity of their work forever and ever. It is considered extremely rude, and even immoral, to publish your text under another person's name.

Questions and answers posted on Stack Exchange are licensed under the Creative Commons Attribution Share-Alike license. This license allows anybody to create derivative works to their heart's content, and publish them under their own name, while mentioning the author of the original work. It does not allow twisting somebody else's words; it does not allow the usurpation of somebody else's name.

The only allowable edits are those which would be acceptable to be made in a fragment quoted from a book; that is, correcting blatant spelling errors (for example, **defebce $\rightarrow$ defence would be allowed, but defence $\rightarrow$ defense would not be); correcting blatant grammatical errors (for example, they **says $\rightarrow$ they say, but beware than nowadays English grammar is a minefield); and normalizing to one form for words and names which appear in the text in multiple forms without apparent rhyme or reason.

As long as the author's name is associated with the post, you are not allowed to change it in any non-trivial way.

See how Wikipedia does it: contributions are licensed under CC BY-SA there just as they are here. But on Wikipedia the articles are anonymous. You are allowed to edit Wikipedia articles exactly because they are anonymous. We have something similar here, with our Community Answers; by all means, edit those into whatever shape you want. But please do not put your words in other people's mouths.

The only exception is when an author gives you explicit permission to edit their work. (For example, I have permission from user Halfthawed to silently edit their use of Greek and Latin.)

Clicking on the "reveal spoiler" button will reveal a famous pair of paintings by two famous painters: Titian's most beautiful and relaxed Venus of Urbino (16th century) and Manet's equally celebrated Olympia (1863). Manet's painting is very obviously a derivative of Titian's, with some alterations in the poses of the secondary characters, subtle alteration of the expression of the reclining woman, the addition of chintzy slippers and a subtle change in color palette. The point being that small changes can completely change the message of a work.

(Note that, as you may have guessed from the names of the paintings, they may be famous and known in the entire world, but they may also be perceived as NSFW in some countries.) 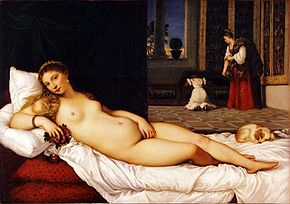 Left, Titian's Venus of Urbino (1534). Right, Manet's Olympia (1863). Pictures from Wikimedia, public domain. Note that Manet did not call his derivative work "Titian's Venus of Urbino edited by Manet". They are similar, but the confrontational and almost querrulous personality of Manet's Olympia is as far as possible from the serenity and self-unconsciousness of Titian's Venus. Also note the change in color temperature, from Titian's warm and full of life red to Manet's ice cold palette. Would it be fair to consider that they are the same picture, just slightly updated to be in consonance with 19th century realities?

Not the answer you're looking for? Browse other questions tagged discussion faq-proposal .

-4
See Proposal for Editing Rules
15
Is a single rude remark inside an otherwise good answer grounds for deleting the whole answer?
7
Is it okay to edit?
4
Is this edit proper form for editing or was my edit out of line?

11
Rules for editing questions
17
Rules of Peer Moderation
5
I would like to see this action as valid but have issues with it
13
"Question Closed: Too Broad" despite numerous clarifications and stipulations
14
The network's official Twitter account is up and running again. What content do we want to share?
10
The difference between helpful editing and vandalism
4
What is reality check suppose to be?
7
Is it okay to edit?
1
Disputing a Policy: Question Edits Cannot Invalidate Answers