Some people might immediately think this is a duplicate of A Promotion for the Community Promotion Ads, but i assure you it is not. That question was simply a promotion; my question is about making a promotion, which requires vastly different information.

The point is, I have an ad idea for encouraging people to create more ideas for community ads. we could put this ad out a few weeks before the midyear change to get people hyped for creating new promotion ads. The only problem is what I've currently got doesn't look super good and I'm fairly certain it doesn't conform to the formatting requirements stated in the Community Promotion Ads—2019 post. My question is could anybody improve upon my idea, or make their own ad based on my idea so that it can be more readily considered when brought to the moderators?

Here is what I've got so far: 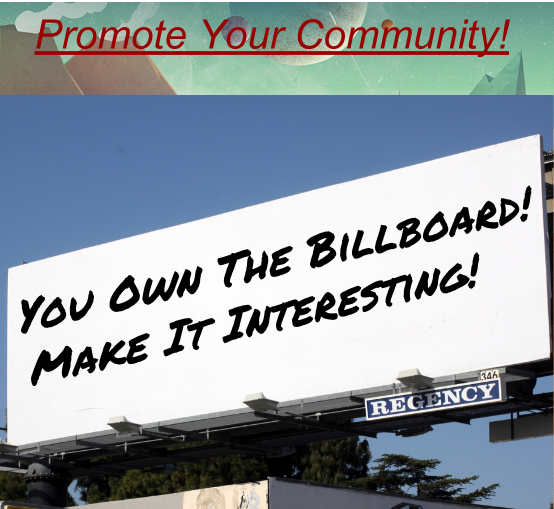