Flags declined in the last 7 days...not?

So, I was going about my business on Worldbuilding today, when I tried to flag a post and found myself under a flag ban. While I was under a flag-ban previously, it had expired a few days earlier. I went to check which of my flags had been declined and found that none of them had. Instead, I found that apparently a flag declined on July 2nd was one of my declined flags for the last 7 days. 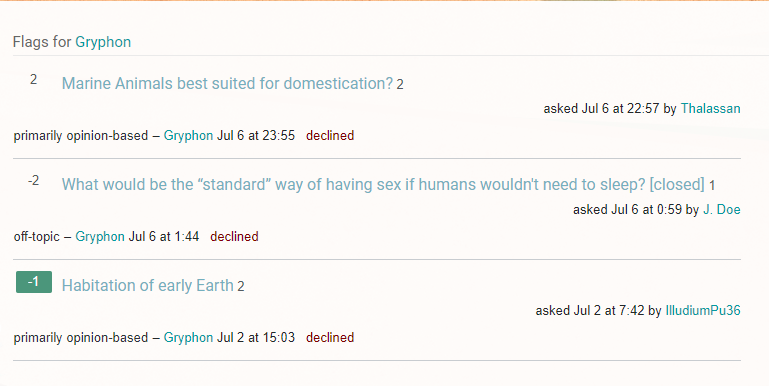 Given that it is currently July 12th, and a flag declined 10 days ago is not the same thing as a flag declined in the last 7 days, this makes little sense to me. Is this a bug, or a feature of some kind I was unaware of, or what?

10
Why was my flag declined with "flags should only be used to make moderators aware of content that requires their intervention"?
13
Please raise the threshold for the "too many answers" flag
4
Is there a reasonable limit on the number of times questions & answers can be reviewed?
15
Flags and close votes are not super downvotes
1
Why was this comment flag declined?
5
How long do flag-bans last?
5
Why Not An Answer flag is sometimes unavailable?
5
If a flag is raised on a question that is then deleted, should that be held against the flag raiser?
2
One of my flags might be stuck in limbo