I have 2.3K rep, well above the rep requirement to vote in elections, yet, I'm not seeing the vote or nominate button on the election? (I've turned off adblock too)

Am I doing something wrong (user error? ex: in bad standing?) or is this a legitimate bug? 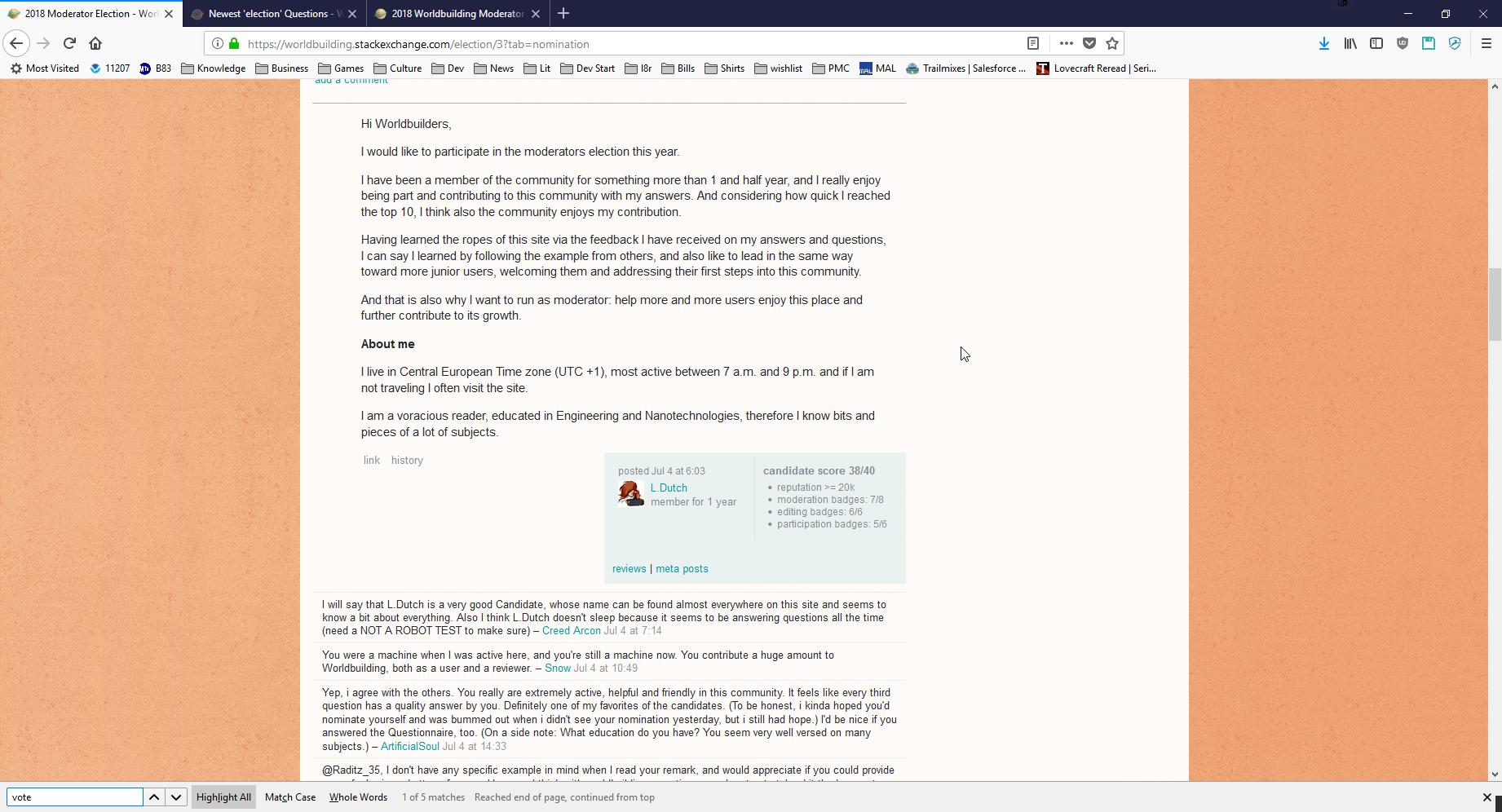 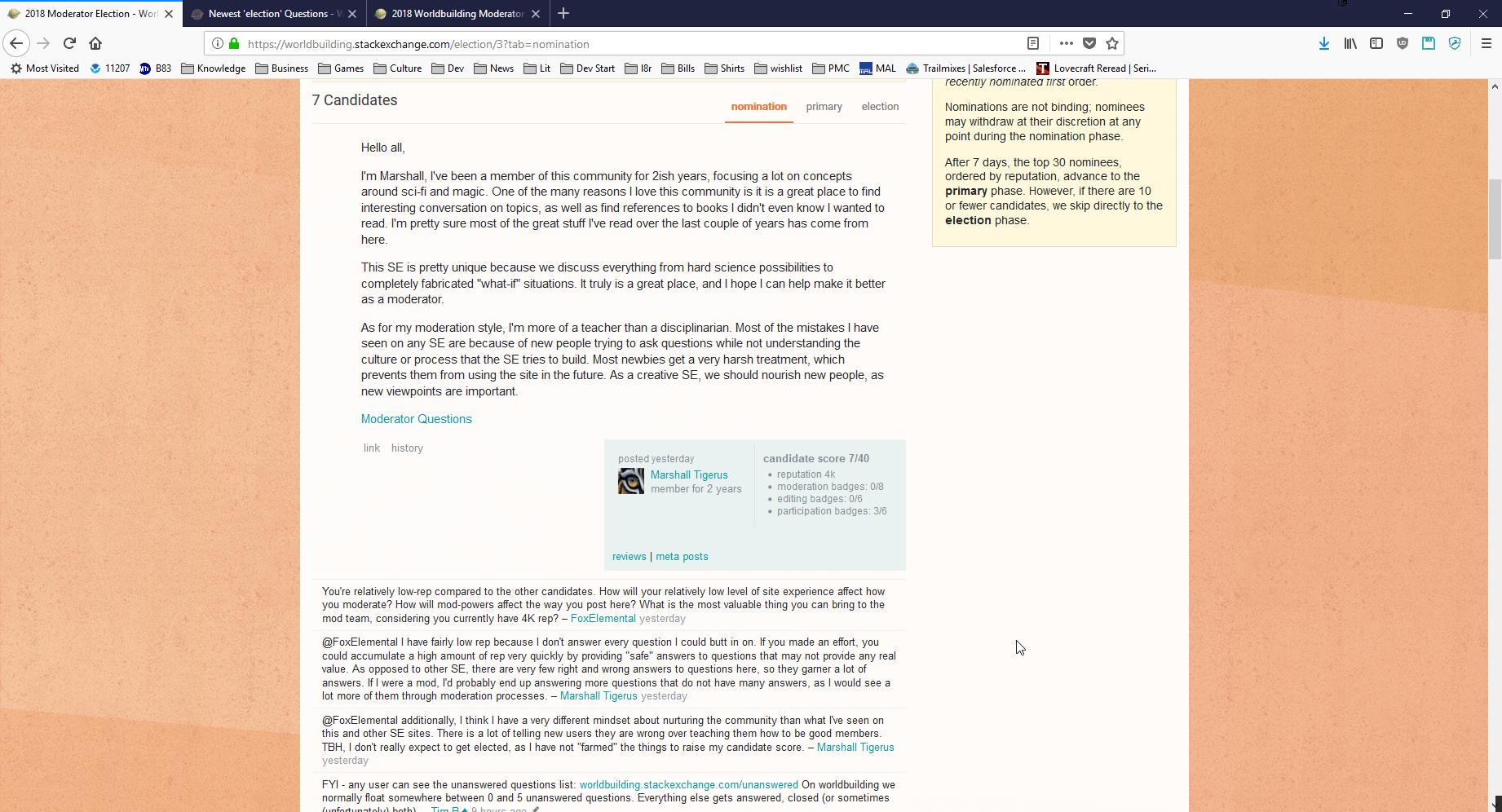 The election has not started yet. Currently we are in the nomination phase where users can nominate themselves. The voting will begin in 2 days (Monday, 09th July 2018, 8 PM UTC). On the right side on the nomination site you can see when the election starts. You can find more info here (Disclosure: the answer is from me)

What Secespitus said. (I seem to keep saying that.)

Voting the candidates up/down happens in the primary phase of the election, which we might end up not getting because the primary only occurs if there are 10 or more candidates.

After the primary, there is the election phase, in which you get to cast your votes for your first, second and third choice to fill the two open moderator positions. These votes control (and are the only ones that control) the outcome of the election.

In summary: No, you cannot currently vote for any candidates in the election. At this point in the election, that's intended and documented behavior.

As I recall, the only reason why a user wouldn't be able to vote in the primary or election phases would be if they lack the necessary reputation (which you don't) or as a more extreme case have been suspended (which also locks the user's reputation at 1 for the duration of the suspension). Since you are able to post here, you aren't suspended. :-)

Not the answer you're looking for? Browse other questions tagged support status-bydesign election .

7
Where can I find details on the election process?