What happened here and why is the question/some answers partly open?

How to keep a bucket of water from freezing by only natural means?

It seems the migration was requested and ended in rejection, but most answers are still locked.

My suggestion is either

Everything from the former list of options is fine, but letting some answers open and some closed is not ok.

Addition: Here is a screenshot which is visible for users with over 10k: 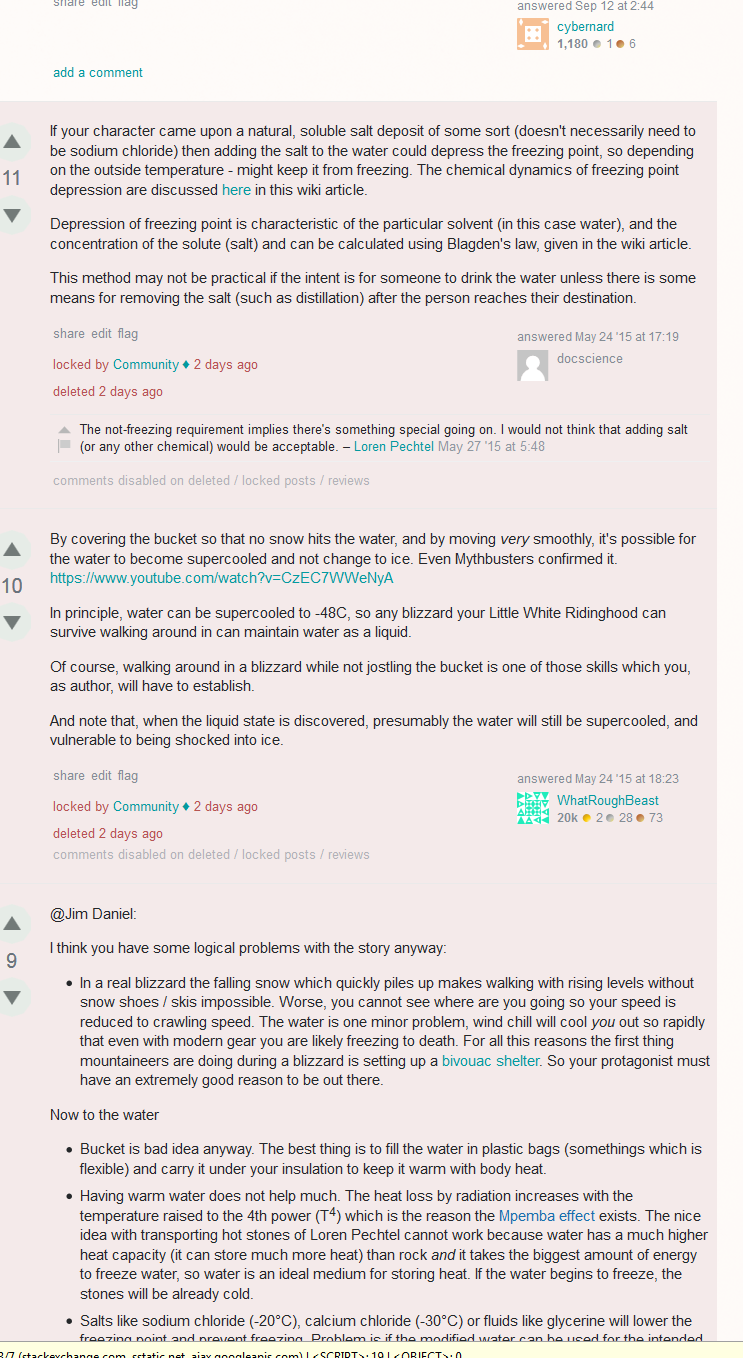 locked by Community and deleted 2 days ago

According to the question timeline:

I don't know what's supposed to happen to answers from the new site when a migration is rejected. I think the idea is: we keep ours, they get theirs back -- but we don't send ours back across the migration line to the other site. The SE code avoids having an answer be live on both sides automatically, so because the WB answers didn't go to Physics, they stayed here undeleted.

Have I mentioned recently how freaking confusing migrations can be?

I think one part of what I've said here should be treated as a bug: if the rejection fails (because the other site has already deleted the original question), then it shouldn't delete anything on the receiving site. (And it certainly shouldn't lock anything, which prevents community undeletion.) I have unlockd and undeleted the answers that were deleted by the system. (One was deleted from review, which I won't undelete.) I've also made a feature request to not reject old migrations.

My undeletions restore the status quo. I didn't evaluate those answers for quality. Some are pretty short, so maybe they need more attention from the community.

Not the answer you're looking for? Browse other questions tagged support specific-question closed-questions migration .

10
Should there be a canonical "habitability" question?
3
Can I ask others to check physics/math misconception in my plot?
3
Why is my question about the feasibility of keeping different tools outside in threat considered off-topic by some?
8
How to rewrite a controversial question when I didn't get the answers I was expecting?
2
How and why is my question too broad?
35
Are the "spoon" questions on-topic? And should they be?
2
What happened to my comment to the question about merfolks' handling of their dead?