I've just started playing about with SEDE (a very nice tutorial here) and one of the queries I eventually wrote was this one on the votes per month. They had quite a distinct trend I hadn't really expected. Thought someone might find this interesting. 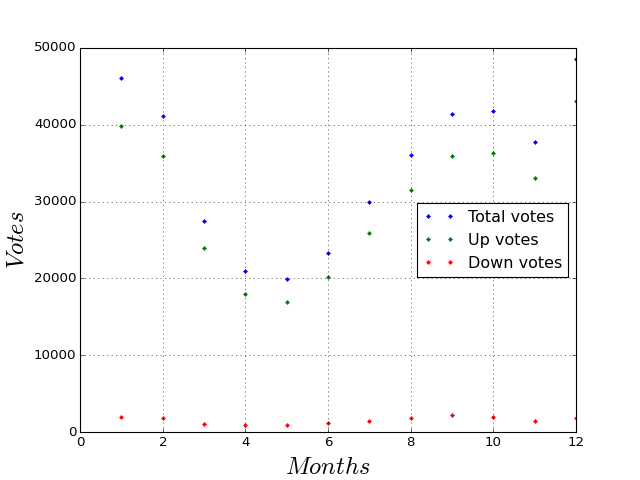 The months are numbered as you would expect (1 being January and that low point at 5 being may).

I know it isn't 'activity' exactly and I might try to change that (take into account number of questions/answers made maybe) but still a measure of something all the same.

After Whoosh's comment I thought I would see how age was distributed across WB accounts. I did that (I think) in this query. Which produced the graph below: 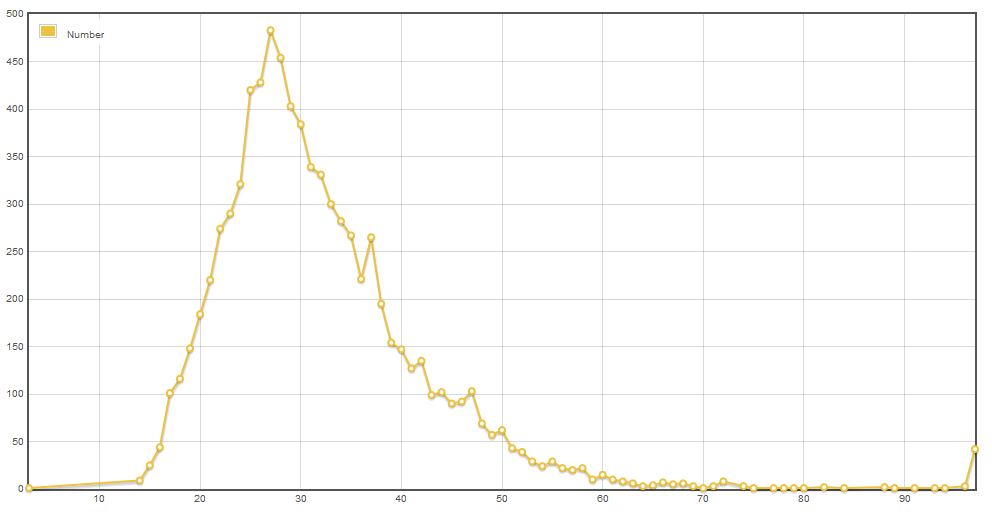 This seems to support that a lot of WB users are under 25 but the bulk are still over. Of course some people have made up their age (unless we have a three year old and 42 97 year olds on here) but I would expect a trend to still show.

I'm going to try to make a query to pick out the votes cast and posts made by each age (it could be the younger users ask or answer more questions or vote more liberally and that leads to the trend we see).

I initially thought that this was due to the site being 2.5 years old, as the months that have not been repeated 3 times were the ones with the least activity. However, after modifying the query to look over the past two years (thus every month should have been visited twice), and even when looking at questions/answers, it appears the same trend exists: 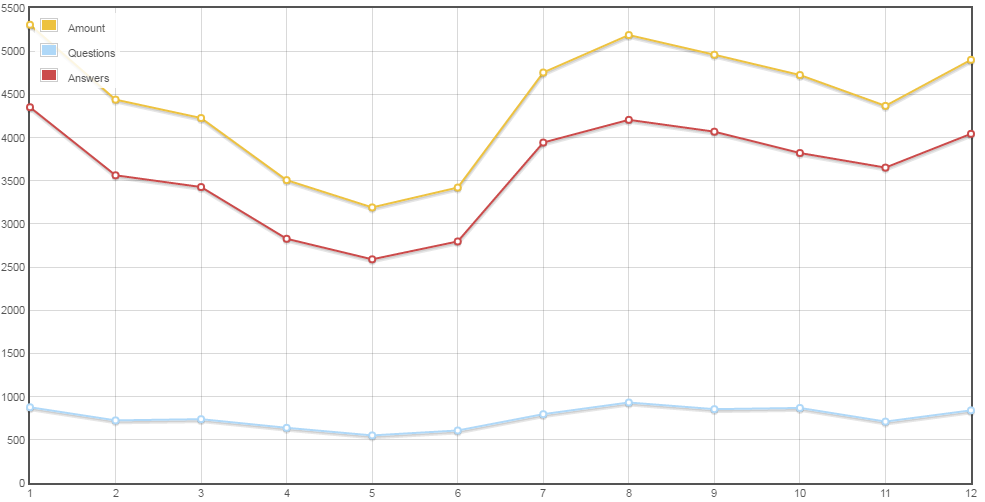 Funnily enough, this trend doesn't seem to exist for other sites (part of my confusion was due to the fact that I was looking at stats for Stack Overflow for a while).

The only explanation I can come up with is school. People are really active in the summer, but less so as the months go on, then activity picks up again around winter break, before starting a long downward slope for the spring semester and final exams.

Not the answer you're looking for? Browse other questions tagged discussion votes .

11
Sandbox Overflow!
18
Where are the downvotes?
11
How can we get new users to answer old questions?
3
Proposal for harder/more specific challenges
10
Let's fix our now-broken images
34
A Little negativity going on here? Downvotes and vote to close
13
“Question Closed: Too Broad” despite numerous clarifications and stipulations
6
Questions with multiple answers but still flagged as off topic, too broad, or down voted
14
The network's official Twitter account is up and running again. What content do we want to share?
151
In sadness, it is time for me to go