Is there a specific time of day (please specify timezone you're in to convert from) when the site is most active? Or is there a good time relative to that (directly before, etc) to ask?

I will often find that I want more answers - I don't even care about views, but I want a variety of approaches without needing to set a bounty.

When do you normally ask your questions?
Does time even make a difference?

Anyway, I switched the site to Worldbuilding Stack Exchange and the inputs to

Here's the graph I got: 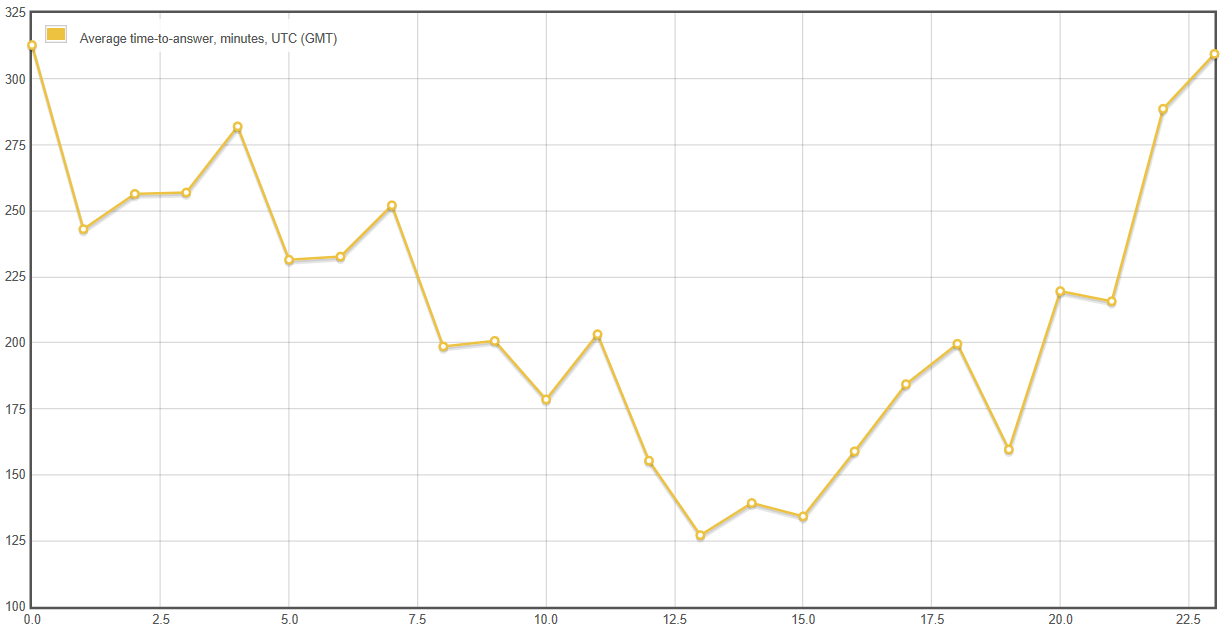 As you can see, the shortest answer time - the lowest point on the graph - is approximately 13:00 UTC. At this point:

This might give you a decent idea of the demographics of Worldbuilding users, interestingly enough.

The worst time to get an answer to a question is right around 0:00 UTC, which is, by a strange coincidence, right about now.

23
Nominate "Pro Tempore" moderators to help guide the site through beta
14
2016 Moderator Election Q&A - Questionnaire
2
Clarifying “What topics can I ask about here?” from the help center
22
2018 Moderator Election Q&A - Questionnaire
10
Questions about worlds with low maturity - What to do when a question cannot be answered right now?
34
Sandbox for Proposed Questions
4
Are questions opinion-based when asking about the behaviour of people in the aggregate?
0
The unnatural hair colour question is not a duplicate
3
How can I improve my evolution question?